Most artists do this. I never gave much thought to why until my mom, concerned, asked why I don’t write more “happy” songs. “Because,” I said, “‘happy’ and similarly positive emotions are easily shared. They enhance without the risk of burdening, so there are immediate outlets for them. Negative emotions are most likely to need an outlet that doesn’t impose on others. So, songwriting.”

Most of my songs are about negative, complex, or otherwise normal but antisocial emotions. When I was young and single I wrote songs with lots of sexual tension for the same reason; strong feelings, limited outlets.

Writing songs without this element of “otherwise unspoken” is a whole skill in itself. It’s hard to make something that isn’t dying for an outlet not sound trite. I suspect that the key is to train yourself to turn those emotions to the page before you’ve given them over to another outlet. 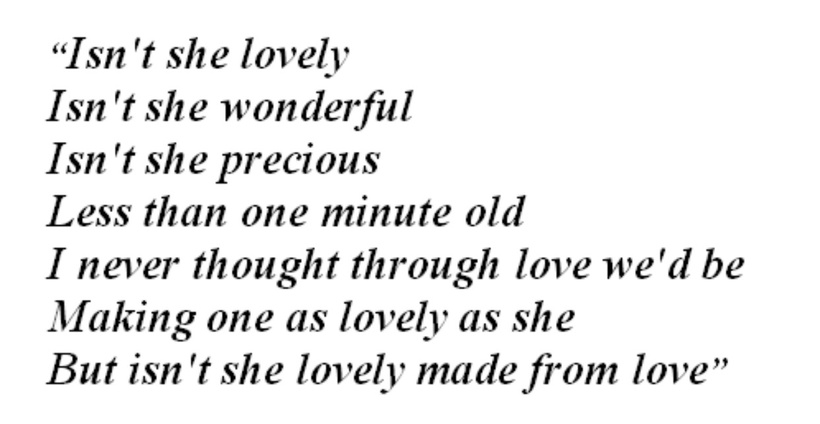 Did Stevie funnel his feelings to the page literally within a minute of Aisha’s birth as the song suggests!? It wouldn’t surprise me. I guess honing and defining the creation process at the expense of more normative expressions of thought and emotion is how artists become known for being “eccentric.” He may also have been able to rely on the strength of his imagination and skill to hold on to and recreate the height of emotion at a later date. Either way, writing songs for these emotions requires planning and intervention, whereas writing songs for emotions that don’t otherwise have an outlet is the intervention.